Help support animals in need and grow your business!

All your client’s pets information in one place. They can order food, buy products plus get valuable information and suggestions on everything from having a fun day with their pet to how to train their pet. Be a part of the one place for their buddy’s needs

Have a great service or product for New Pet Parents?

The team at Buddy’s has compiled the best for our new pet parents. From service providers to cool new products, it is all there for them. Have your services or products be a part of our ecosystem for new rescue parents.

Only the best in local providers get exposure on Buddy's

We are looking for the best providers to be our partners locally. Build lifetime customer relationships with new pet parents and their forever buddies!

The buddy’s platform keeps your business top of mind as the pet parents interact with the application more frequently than service-specific apps. We believe that we really only need one app for our pets.

Proceeds from the sales on this site go to support our donation of free software, administration services, and financial support to animal welfare/rescue organizations across the United States and Europe.

Simple, economical listing fee based on zip code and service provided. Fee is calculated based on size of market and value of service being provided.

Distribute our app to your customers and be pre-populated as a preferred provider (additional fee required).

The next order is just a tap away!

Offer your services at discounts as part of the prize package for your clients.

The Hydrant App by My Buddy’s Place

The Hydrant App works on any mobile device. Take your pet’s important information with you, anywhere you both go. 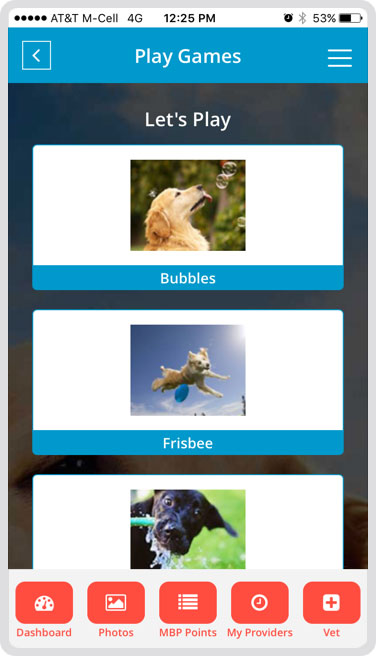 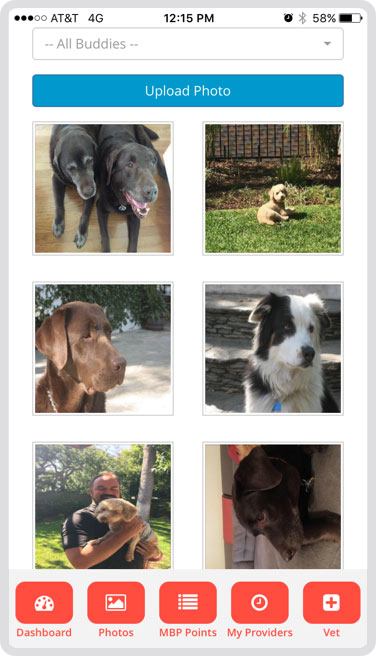 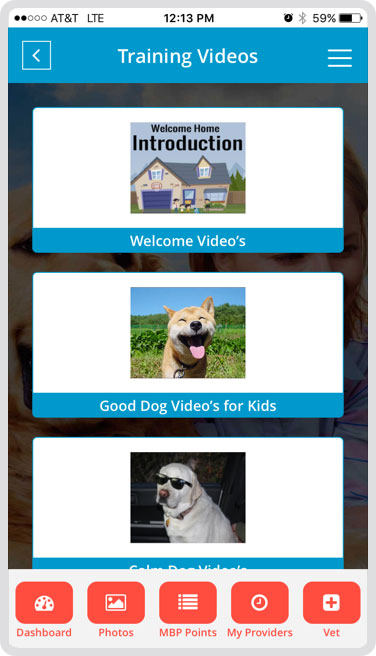 We provide rescue dogs with a complete circle of care for their entire life, while a portion of all transactions are donated back to our rescue partners. 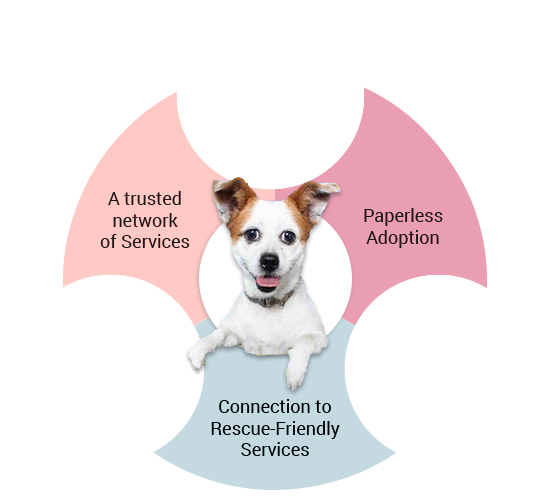 Buddy’s rescue software is donated to our partner rescues to help them manage the care of their dogs from rescue to forever home.

All information is available electronically to new rescue parents. Premium Care Guides and a Custom Mobile Application are available upon adoption.

We connect new rescue parents with service providers in their area for the best in care for their new buddy.

Meet Some of Our Clients...

Sometimes you can find true love in a bar. That’s what happened to Sean during one lazy summer afternoon in 2006 at Lucky Baldwin’s in Pasadena. Sean wouldn’t know it yet, but meeting Rook, a six month old black and white Australian Shepherd that day would change his life. Rook was with his trainer becoming more comfortable in social settings. Sean remembers that Rook sat at the bar…just like a person. He was off-leash, well mannered, and calmly enjoying the attention of everyone that passed by. Well maybe he wasn’t just like anyone at the bar after all!

Just a little over a month later, Sean received a call from Rook’s trainer. He had run out an open gate and had been sheltered at the Pasadena Animal Shelter for a few days. His family was expecting a baby and decided they didn’t want the responsibility of an active, energetic Australian Shepherd. She remembered the connection that Rook and Sean had and called to see if he was interested. Sean had two Chocolate Labradors at home, but there was no doubt that Rook was a "one-in-a million" dog that he would love to bring into his family!

Sean soon realized that a dog as special as Rook should be shared with others – he was a natural therapy dog. For the past ten years he has been making weekly visits to nursing homes and foster children’s homes in Pasadena.

My Buddy’s Place supports rescues, pet parents, and service providers through a unique business model that helps to improve the lives of amazing rescue dogs just like Rook and all of the people that care for them!

An activation email has been sent to . Click on the confirmation link in the email to activate your account.

Your account needs to be activated to login to your account. If you didn't get the activation email please view your spam folder or click Resend button to get another email.

Congratulations! Your account has been activated at My Buddy's Place. Please login now.